We provide passenger transfers to Guimarães and from Guimarães at cheap prices. Book your Guimarães airport transfer today with MyTransfer and get the best value for money on Portugal transfer service. Private and shared transfers from airport or any other location. 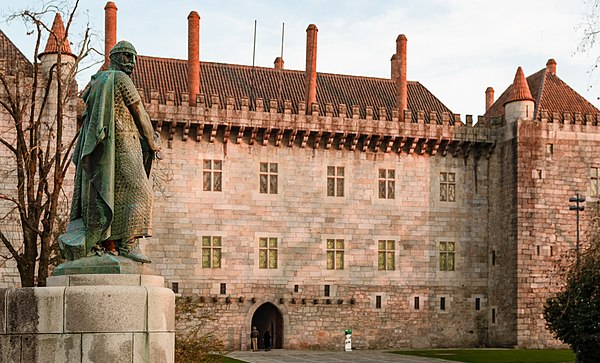 Guimarães (Portuguese pronunciation: [ɡimɐˈɾɐ̃jʃ] (listen)) is a city and municipality located in northern Portugal, in the district of Braga. Its historic town centre is listed as UNESCO World Heritage Site since 2001, in recognition for being an "exceptionally well-preserved and authentic example of the evolution of a medieval settlement into a modern town" in Europe.

Guimarães is also a part of the Ave Subregion (one of the most industrialised subregions in the country), as well as the historical Minho Province. The city has a population of 52,181 inhabitants. The population of the municipality in 2011 was 158,124, in an area of 240.95 square kilometres (93.03 sq mi). The current Mayor is Domingos Bragança, of the Socialist Party. Guimarães, along with Maribor, Slovenia, was the European Capital of Culture in 2012.

The city was settled in the 9th century, at which time it was called Vimaranes. This denomination might have had its origin in the warrior Vímara Peres, who chose this area as the main government seat for the County of Portugal which he conquered for the Kingdom of Galicia. Guimarães has a significant historical importance due to the role it played in the foundation of Portugal. The city is often referred to as the "birthplace of Portugal" or "the cradle city" (Cidade Berço in Portuguese) because it is widely believed that Portugal's first King, Afonso Henriques, was born there, and also due to the fact that the Battle of São Mamede – which is considered the seminal event for the foundation of the Kingdom of Portugal – was fought in the vicinity of the city.